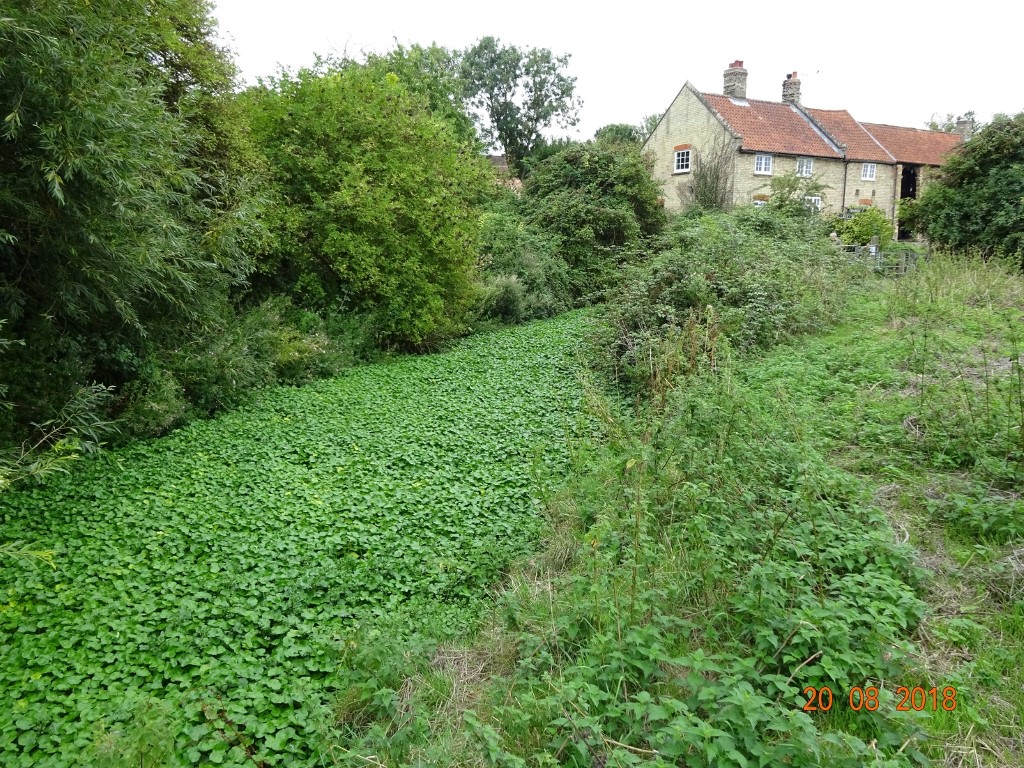 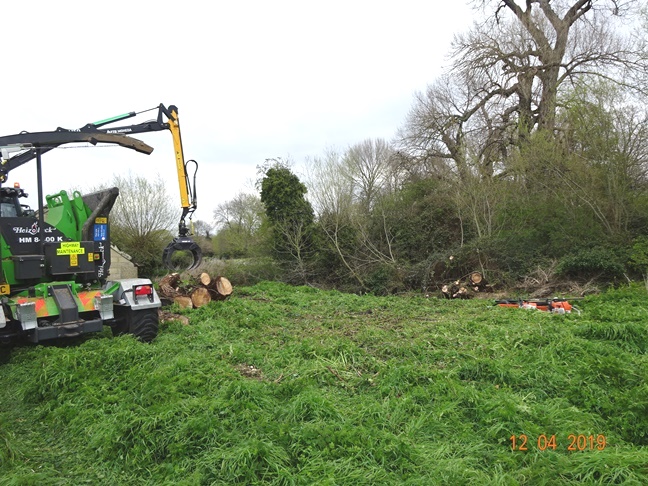 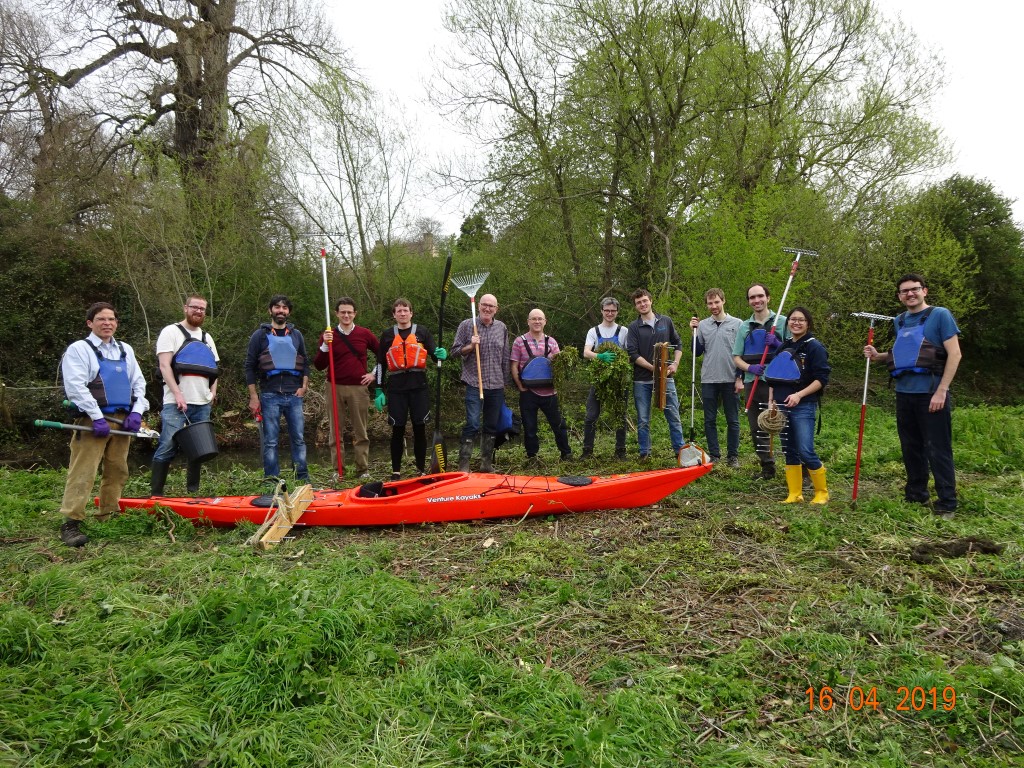 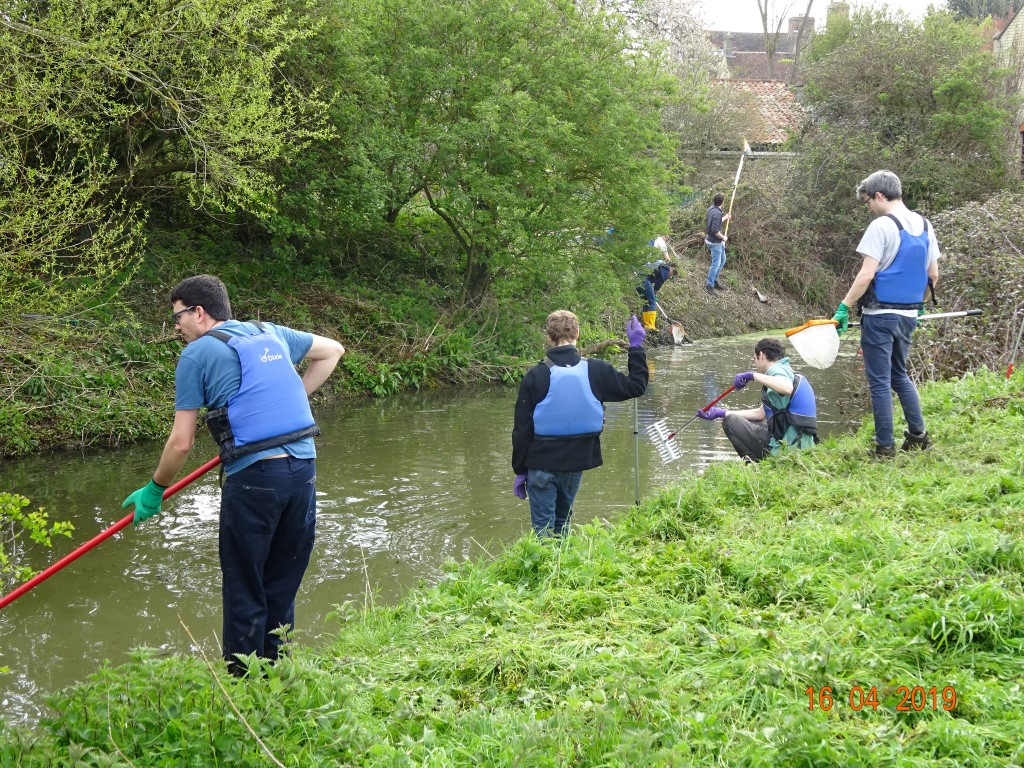 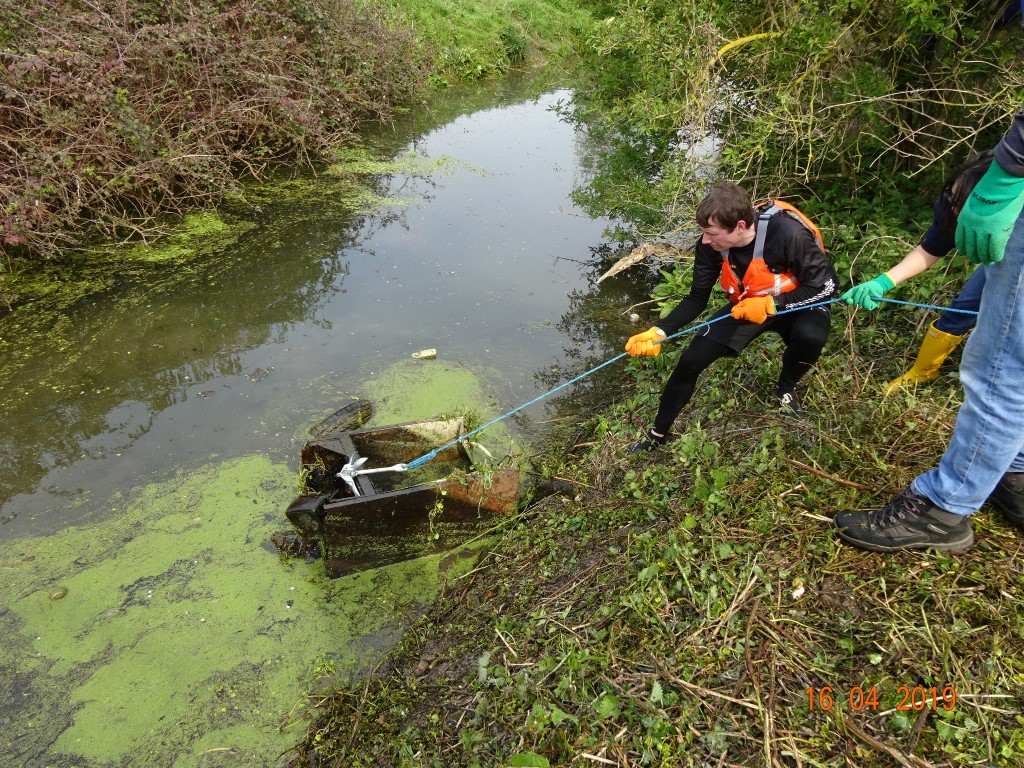 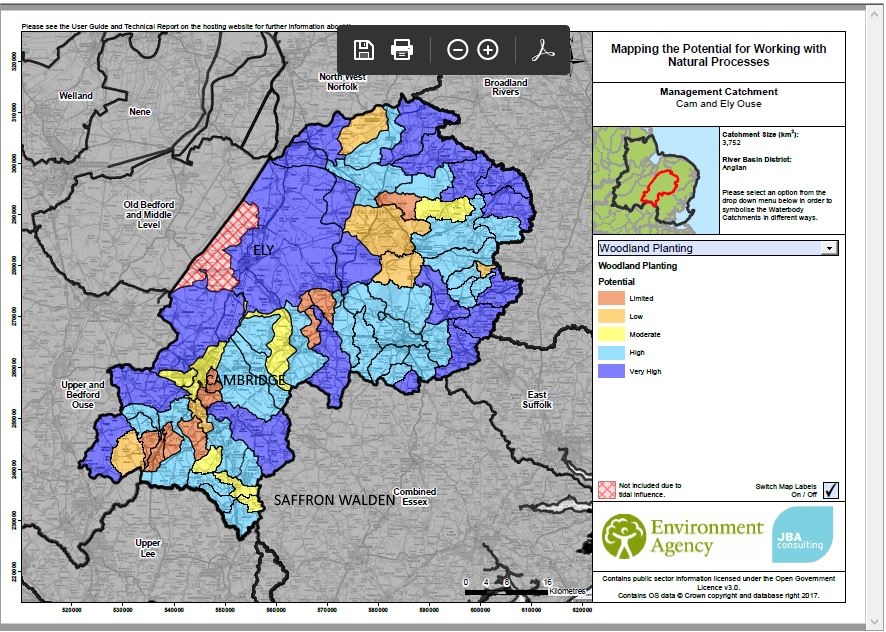 The Environment Agency has published a very interesting (but rather clunky) online map of the potential for tree planting.

This shows that they rate much of the land in the Cam Valley as “very high potential” for woodland planting.

Planting lots more trees could be a very attractive way of improving water quality. A Forestry commission expert pointed out to us that even relatively small bands of trees (5-8m wide) can be very important in protecting rivers from contamination by the excess phosphates, nitrates and sprays that would otherwise wash into the river from intensively farmed agricultural land.

The Environment Agency map is available online here . It covers the whole country, and lets you zoom in to see the potential in each tiny little river tributary, which is great. Unfortunately its a bit clunky to use and only works if you’re using Microsoft’s Internet Explorer web browser.

The image of the map above shows of the overview for the Cam Catchment. I have added the names of the key towns to make it easier to understand.

The Environment Agency’s user guide for the map is here 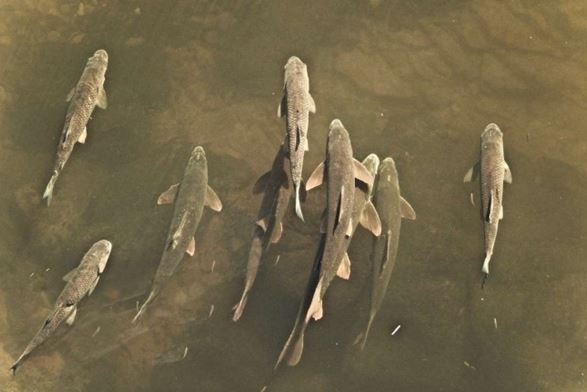 The Environment Agency is consulting on the future of the statutory river coarse fishing close season in England, which currently runs from 15 March to 15 June.

This is your chance to give the Environment Agency your opinion or submit evidence to support the case to retain, change or remove this close season. They would like to hear from as many people as possible.

They want to better understand the risks and benefits associated with any change and the potential impacts on fish stocks, angling and other wildlife.

The consultation is open now and the closing date for responses is 11 March.

On a lovely autumn morning, 8 of us cleared the Floating Pennywort from Swan Island cut. A plank on a ladder made a useful bridge.

After a couple of  hours work, it was satisfyingly clear of pennywort.

We organised this working party at short notice, because we discovered this hidden reservoir last weekend…   If not dealt with, it would soon break up in the frosts and spread fragments to re- infest the rest of the river. 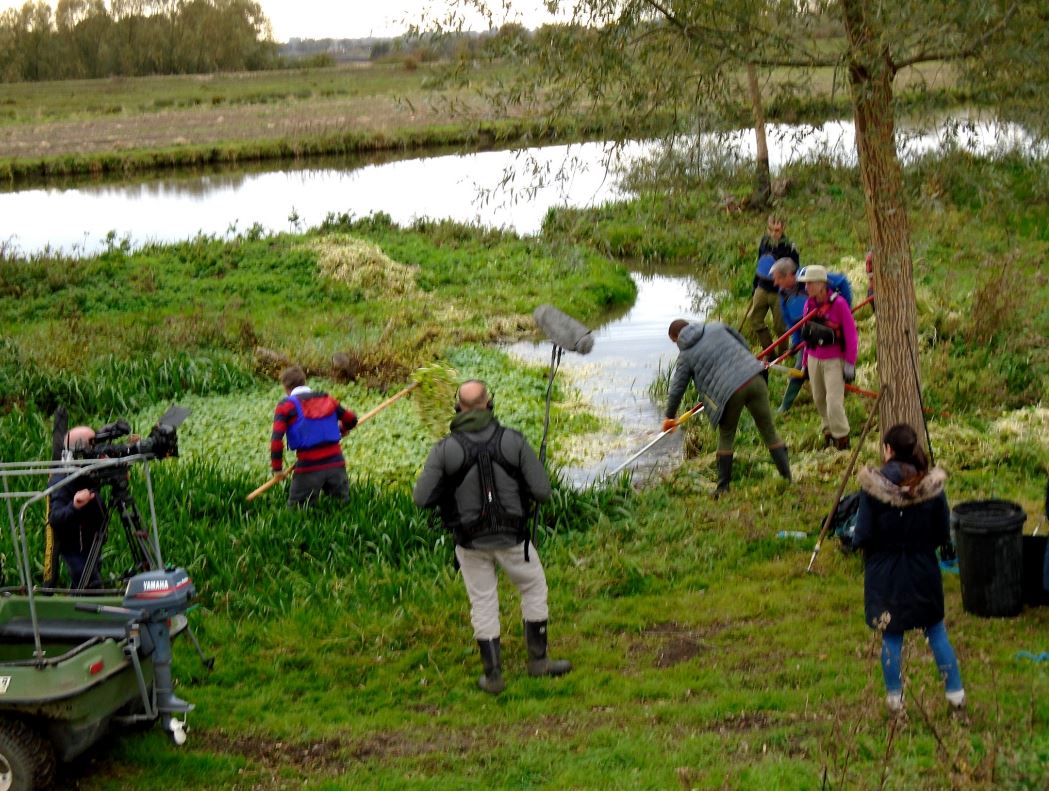 Our fight against Floating Pennywort has come to the attention of BBC Countryfile. On 25th October they filmed us at Kingfishers Bridge nature reserve showing their presenter (Sean Fletcher) how we tackle Floating Pennywort

The film Director, Jo, has came up with  an entertaining and informative story line, shown on BBC 1 5:30pm on Sunday 18th November.  It’s available on iplayer  until mid december 2018 here. Our bit starts 15minutes in.

The same episode  features Kingfishers Bridge’s Water buffalo, Donald  and Dumbo, who’re also getting stuck in helping protect Kingfishers Bridge from the Pennywort ….  We think Donald might be the true star of the show! 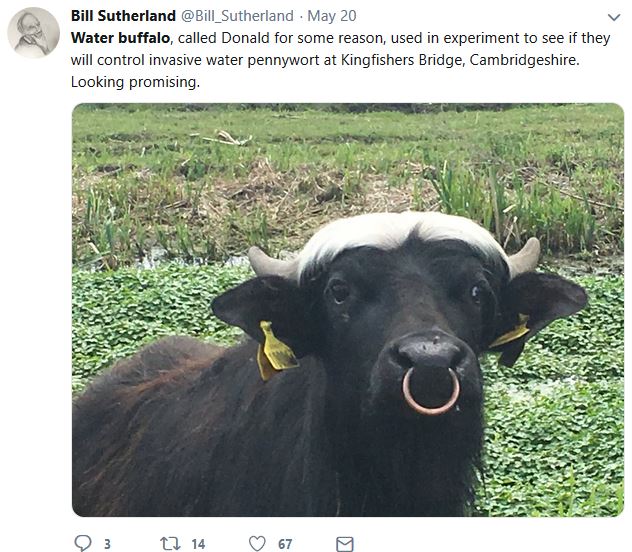 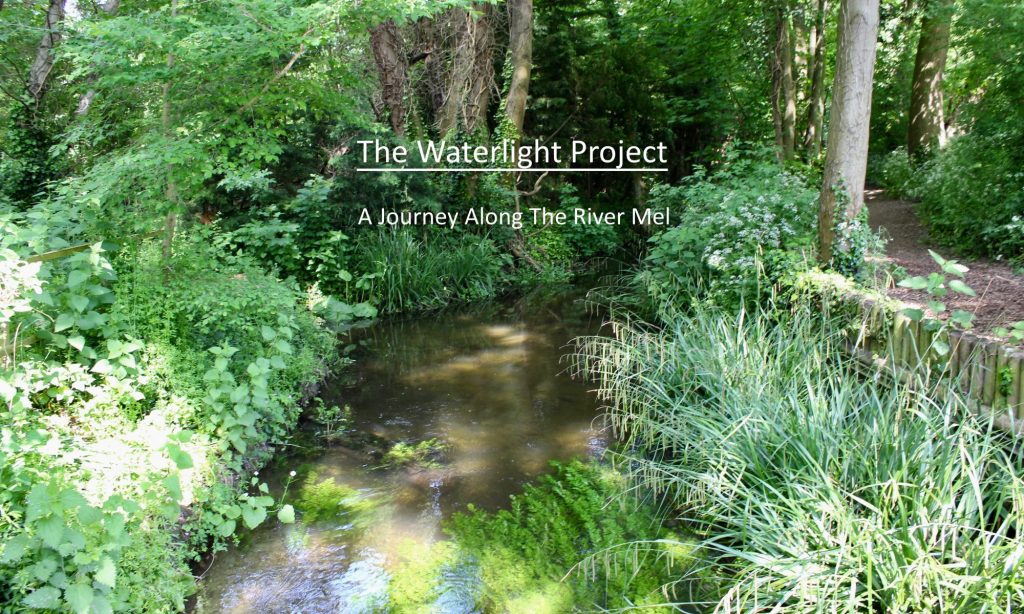 This website  is a project of our friends in the River Mel Restoration Group.

Waterlight was inspired by a chalk stream in Cambridgeshire. It began as a collaboration between poet and writer Clare Crossman and filmmaker James Murray-White, and the project team has now grown to include local expert Bruce Huett. 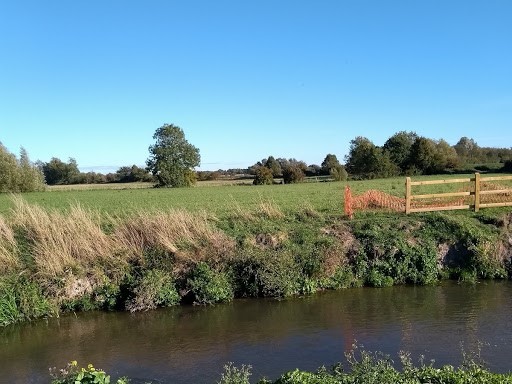 Astonishingly, there’s a proposal to extract 1 million m3 of gravel from the delightful meadows of Rectory Farm between Haslingfield and Hauxton, then turn the resulting hole into a waste dump.  The proposed site is only a few meters from the river.

This is a bad idea on so many grounds:

We will be joining Hauxton Parish council in vigorously opposing it

Whilst there is as yet no public consultation (that will take place in Spring 2019), anyone concerned can send objections to planningpolicy@peterborough.gov.uk before 31 October 2018.
(17/9/2018)

You can download the applicant’s description of the project here

You can see Hauxton Parish Council’s comments here, the first of which is dated 17/9/18 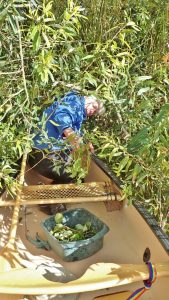 Lovely afternoon for pennywort pulling.  Just a few strands to find on the upper Cam, buried in the willows of the habitat refuges.

Please find attached details about some free practical training on Friday 10th and Saturday 18th August. The event is for 10 people and places will be allocated to those who respond first. 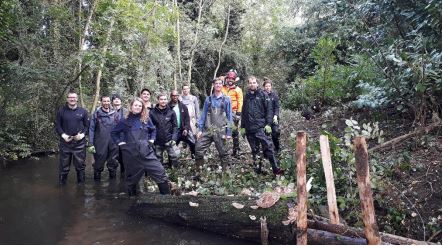 Email Forshep@hotmail.co.uk  to register for a place 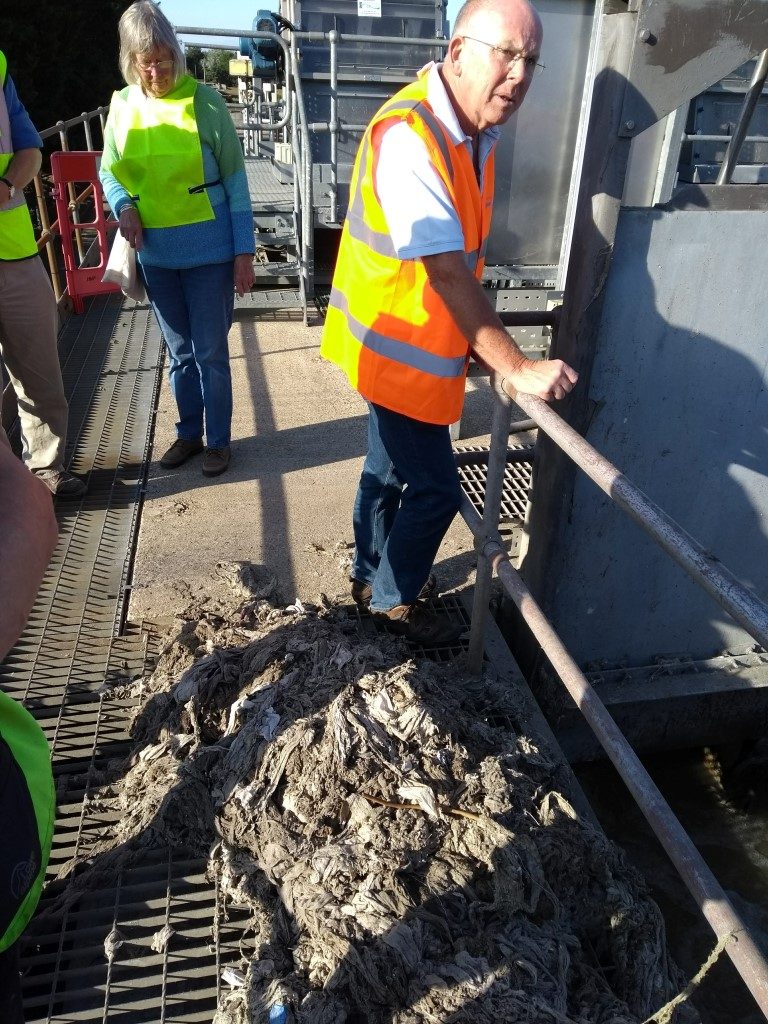 A group us from Cam Valley Forum had a fascinating visit to Cambridge’s Water Treatment works (also known as as the sewage works), run by Anglian Water near Milton. Two aspects of the visit stick in my mind.

Never ever flush a wetwipe down the loo ….  despite vague statements on the packaging about being “flushable” they aren’t.

This photo shows just a few of the 4 tonnes a day of disgusting wetwipes that Anglian Water staff have to fish out. The problem is that wet wipes are made of plastic so they don’t degrade, and they aren’t even recyclable. At worst, if they get mixed up with meat fat in the drains, they can turn into massive fatbergs that clog the pipes.

Why use wetwipes anyway?  Many people find that using a small reuseable cloth and water from the tap works just as well. However, if you do need to use them, put them in the bin.

We were also impressed that 40% of the energy used by the treatment works is poo-powered, thanks to a big anaerobic bio-digester that turns the treated poo into fuel gas. This is burnt in engines to provide electricity for all the pumps they use to treat up to 1300/second of water and sewage. Any surplus power is exported to the grid to be used in people’s homes. 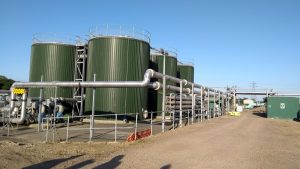 The dry crumbly non-smelly solid material that comes out of the bio-digester is  mostly sold to sugar beet farmers for improving the soil.